The Butcher's Knife Cares Not for the Lamb's Cry

How would you describe your leadership style? What kind of leaders have you worked under? Have different types of leadership produced different results? There are many ways to lead; some more effective than others; some more appropriate for the situation than others. In this episode, we have the chance to compare a few different ways various characters chose to lead and the impact it made.

In Season 1, Episode 4 of Star Trek Discovery (The Butcher's Knife Cares Not for the Lamb's Cry) we find Saru in an interesting position. Lorca decided to make Michael Burnham an official member of the Discovery crew. Saru does not agree with this decision but is working to make the best of it. Although he sees Burnham as a threat, he is gentle and firm in what he says to her. He is brutally honest -  but in a respectful manner. And at the end of the day, he submits to the Captain’s authority and works to make the new arrangement a success.

I hope something like this has happened to you. If so, that means you have a diversity of thought on your team and people are willing to express their disagreements. In the end, though, a leadership team has to be unified in their direction. Let’s say you’re in a meeting and the lead person has an idea or mandate that needs to be enforced with staff. You don’t agree with it. Assuming that leader has created a safe space for people to express differing ideas, you do so. The team discusses it. At the end of the discussion, the consensus is to do what the leader initially proposed. You don’t like it, so what do you do? Sit around, wait for it to fail, and tell everyone that you didn’t support it in the first place? No! You’re a member of a functional leadership team. You work hard to make it successful. That’s what a functional and successful leadership team looks like.

But it’s not always easy. We talk about the positive parts of a team environment quite a bit, right? Diversity of thought and experience can bring fresh and innovative ideas. Having a group of people to run ideas by helps ensure we focus our time on the ideas that most benefit everyone. In a perfect world, you walk into a meeting to discuss implementing a new concept, ideas are shared, the group works through the thoughts, and the result is a plan of action everyone contributed to and feels good about. I honestly believe that can happen most of the time. But there are other times when your ideas aren’t welcome, like when the boss has a “my way or the highway” approach and that’s the end of it. (Remind you of a certain Discovery Captain?)

Regardless of which end of the spectrum you experience in a meeting, there are two rules that simply cannot be broken if you want to be an effective leader or influencer. One – voice your opinion. Fight for it if you can. Be compelling and work to bring others to support your opinion. But do that behind closed doors. Express your opinion to your leader or the leadership team. Do not take it to the floor or the entire team. Two – when you walk out of that meeting, own the final decision as if it were yours. Don’t complain to colleagues or staff that it was a bad decision. Don’t tell people who are upset that you too don’t agree with it. You own it and then you go back to the first rule. Behind closed doors, you voice your opinion again. And maybe now you have more examples to support your case. Rule one always leads to rule two and rule two to rule one. Remember that.

Next, we have the crew trying and failing at a simulation drill. Lorca lays into them, demanding perfection of his mostly scientist crew. Misplaced expectations? I think so. As a leader, you have to match your motivation to the situation and the people. Maybe, if he had a crew of military personnel that was trained and drilled for these scenarios, coming down hard would be an effective way to light a fire under them. But they’re not. I imagine for some of the crew have never been in combat before. So to be put in a situation you neither trained for nor signed up for and then get mocked and berated for not doing well is just poor leadership. Tell me – how would you motivate this crew? What techniques and strategies would you use?

Here’s what I would do. Since there’s no time to sit with each person and have a good conversation about your expectations, I’d go into full coach-mode. Herb Brooks coach mode to be specific! Herb Brooks coached the 1980 US Men’s Hockey Team to victory against the dominant Soviet team. (The Miracle on Ice.) He painted the picture that while the Soviet team is great and could beat the US team most any time, it would not be this time. He showed them that victory was possible because of the contributions of each member of the team. This is coaching leadership. Explain what success looks like, set the expectations for success, then cast a vision that motivates and inspires. I’d provide the tools in much the same way Lorca does: drills, exercises, scenarios. But give feedback in a constructive way.

We’ve learned some leadership “to-dos” from Saru and “not-to-dos” from Lorca. Now let’s take a look at Micahel Burnham. Burnham and Landry have been assigned the job of studying the monster in hopes of weaponizing it to give the Discovery an edge. There’s a great line from Burnham when she says, “You judge things based on its appearance and one incident…” She was looking at Landry when she said it, but she was talking to me...and you. Put simply, when you seek to understand something (or someone) instead of just reacting to what it looks like, you can accomplish great things. The late Captain Phillipa Georgiou affirmed this in Burnham when she said, “The best way to know yourself is to know others. Keep your eyes and heart open, always. Take good care of those in your care.” Burnham did this for the monster and it benefited her crew. We can do this for our people and benefit our team. Whether it is a challenging person, an unexpected obstacle, or a less-than-ideal circumstance, seek to understand before you react. This patience and intentionality will only improve your ability to lead well.

Let’s shift gears to the Klingon Sarcophagus ship and its crew. Voq and L’Rell are working together to scavenge a nearby abandoned ship. L’Rell explains she operates best as the power behind the power. She helped T’Kuvma and is committed to helping Voq because T’Kuvma believed in him. So often, when someone says leader, people see a publicly visible person: the executive leading the meeting, the politician giving a speech, or a military leader rallying the troops. But leadership has a lot of different looks. L’Rell is a leadership influencer. What we learn from L’Rell is that you don’t need a title or even the spotlight to be a leader. When you have developed expertise in an area and you have the respect of others, influence can almost seem natural. Your opinions are taken seriously and people tend to pay attention to what you have to say. L’Rell offered support, provided counsel, and advocated for her ideas. Through influence, she shaped the direction of her leader.

Think you don’t have influence? You can work to build your influence regardless of your expertise level, experience, position, or title. First, build trust with and around your team. Do this through consistency and proving yourself reliable. Be an excellent listener and take action based on what you hear. Develop relationships with the people you work with. Doing these things will help to build your influence.

So what do you think? Would you rather be a Saru, Lorca, Burnham, or L’Rell? Or maybe a leader who resembles a combination of a few of them. There is room for many different types of leaders. And different circumstances may require different styles of leadership from the same individual. Regardless, we’ve learned that to slow down, get to know our people, and thoughtfully lead the team that is right in front of us is a great place to start.

pressed his concerns about it. Lorca may have heard and he might not have, but, when Saru left that meeting, it was clear that Burnham was joining the crew. Even though he didn’t agree, Saru supports the decision and is going to help make is a success.

Listen to the podcast episode for this by clicking here. 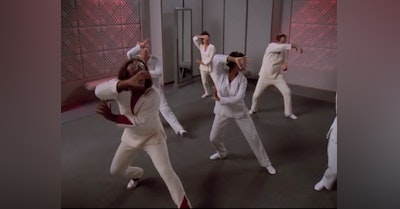 To live a healthy life, you need to balance your working time with the rest of it. Read this article for tips on getting that balance right! 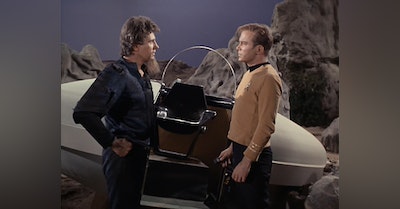 A leader needs to be able to balance routine operations with crisis situations. Find out how you can utilize your leadership skills in both the mundane a…