Creating a Culture of Open Communication 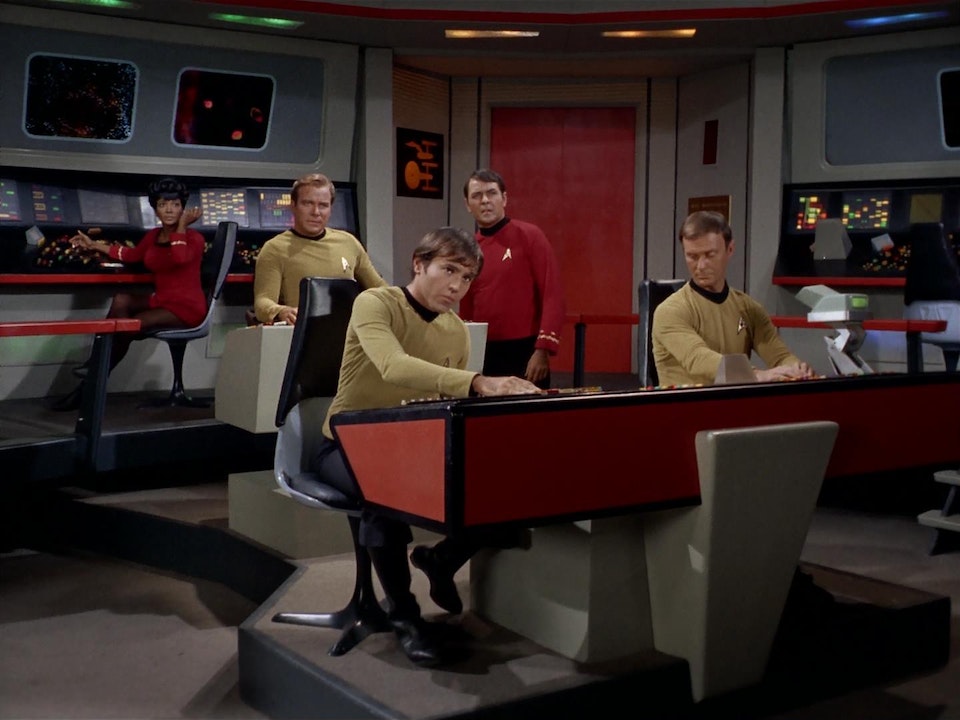 If you’re reading this blog, I will go ahead and assume you want to be a leader or you are a leader. And not just any leader, but a great leader. If this is true, you will likely find yourself in a management position at some point in your career. Like anything else in life, it’s possible to be a high-quality manager, an average manager, or a terrible manager. Earning the job title is just the beginning. Managing your people and projects well is the real win. Let’s take a look at Captain Kirk’s masterful management skills in TOS: A Private Little War, to learn how we can put in the work to become great managers!

We’ve talked about this first point before on my blog and podcast, but it cannot be overstated! If you want to be a great manager, develop a culture of open communication with your team! This requires a lot of consistency on your part, intentionality in your responses, and humility toward those that disagree.

We see this come to life on the bridge. While researching an unclaimed planet, the team sees a Klingon ship approaching. Kirk and Scotty debate whether or not the terms of a treaty are being violated here. Kirk believes the Klingons are supplying weapons technology to the planet’s indigenous people, while Scotty says there is no proof of that. What’s impressive about this interaction is that Scotty feels comfortable enough disagreeing with Kirk—not just disagreeing with him, but doing it on the bridge, in front of everyone, and in a conversational, non-threatening way.

Kirk has worked to create an environment where it’s safe for people to disagree with him. That’s awesome! Author and speaker L. David Marquet says, “The most valuable opinion is a dissenting opinion” because it offers a different view of a situation or a problem.

There is a lot of behind-the-scenes work required to create a healthy culture like this! Building trust, inviting everyone to share their opinions and being careful in how you respond to those opinions all work together toward creating an open culture. But inviting and seeking out opinions isn’t enough. You also have to take the input you receive seriously by accepting and implementing the ideas that others bring to you when it makes sense to do so. This is so easy to do, but you have to do it consistently and with the whole team. There are two people that every team seems to have - the person that won’t hesitate to speak up and then the person that you have to pry input out of. When you’re inviting input, you cannot let the first person dominate. Bring the other person in by explicitly asking. Get them included before they are crowded out. If you do this consistently, people will participate. They’ll disagree. They’ll offer input. And you will have a better, more complete set of options to work with. Invite and seek out, be sure everyone is included, and respond to input with grace and intentionality. Rinse, repeat, and succeed!

Unfortunately, Kirk does not honor his own culture in this moment of disagreement with his team. After Scotty, Uhura, and Checkov express their differing viewpoint on the Klingon matter, Kirk shuts it down with, “I did not invite debate.” Here’s the reality - Kirk is a human. And just like us, he is going to make mistakes. Never believe the lie that leaders don’t or can’t make mistakes. That just gets you into a snowball effect of problems! Even in his weakness, however, Kirk displays another masterful moment: owning his mistakes! He follows up his verbal snap with a brilliant and humble move: “I’m sorry. I’m worried about Spock.”

Now that was a great pivot! A strong leader will own their mistakes and take accountability for them. I think it’s important to note that his mistake was public, and his apology was public. If he had only apologized, in private, to the three crew members directly affected, the rest of the bridge would have missed out on this opportunity to see more from their leader.

While we praise Kirk for his care for Spock, he still is responsible to his team and his crew. Spock’s crisis does not give Kirk permission to disrespect them. He needs to manage his emotions. Self-regulation is one of the foundational aspects of emotional intelligence. The other four are self-awareness, social skills, empathy, and motivation.

In that moment of vulnerability, he demonstrates impressive emotional intelligence. He’s aware that he reacted without empathy, so he regulates himself to a point where he can use his social skills to share his authentic feelings. Not only did he recover from shutting his crew down, but he opened the door to more of a connection with them because he was honest and vulnerable. He reinforced two valuable things: it is ok to disagree with him, and he cares about the people on his team. If you’re one of the people on the bridge with him at that moment, your loyalty and commitment to a leader who is humble and cares just grew.

The last masterful manager trait we’re going to look at is the art of asking for help. We see Kirk do this well and poorly (remember, he’s human) with the mission on this planet. After Spock gets hurt, Kirk wants McCoy to go with him to the planet to see if the Klingons are legitimately conducting research or not. In this plea, he owns his personal bias against the Klingons and his limitations: “I need help. Advice I can trust.” He displays his humility and gives McCoy purpose by asking for help in an area where he truly needs it. Generally speaking, people want to help. It makes them feel important and needed. That’s what Kirk did here. He made McCoy feel needed.

Not only is it good for a leader to accept help and good for a team to be asked to help, but asking your team to take on new things creates the opportunity for them to learn and gain experience. And this is where we see Kirk fall short. Thirteen years ago, when serving under Captain Garrovick on the USS Farragut, Kirk was assigned to lead the planetary survey crew for this planet. He made recommendations that steered Federation policy regarding the planet. He even made a friend in Tyree that he could lean on in this episode to save his life. Instead of Kirk offering that same opportunity to another person on the Enterprise, he had to lead this expedition himself. He literally stole an opportunity from a member of his crew.

His survey was part of what led to his early promotion and has become part of his story, maybe even part of his legend. But instead of letting one of the 400 plus people on the ship have a shot at that, he did it himself. Has this happened to you? Has there been a time when you were ready and able, even excited, to take on a task or do a presentation or handle a responsibility, and your boss swooped in and did it instead? Not only does that feel terrible, but you’re experiencing the loss of a valuable opportunity. Let me give you a personal example.

I recently hired a new sales manager. They’re super talented but pretty inexperienced. They’ve only been working for me for a few months, but we’ve worked closely on several pitches and opportunities. For the first few, I drove the discussions, and they observed. Then we shared roles where we pitched together, with them taking more and more responsibility each time. After a little while, they were ready to rock it on their own. They did a great job… until I messed it all up by being a Kirk.

One of our long-term clients reached out directly to me to make some modifications to our agreement. I should have sent it off to my sales manager like I usually do. But this was someone I’ve worked with for many years. So I took the meeting. What’s worse, I didn’t even tell my sales manager. Later, I met with my sales manager to explain what I had done and what we had agreed to. The problem? The sales manager had already committed the person I promised to our client over the dates I committed them to.

We were able to fix the situation. I ate a little “humble pie” with the client, renegotiated dates, and all was well. But now, I’ve potentially damaged my relationship with a newer team member that is integral to operations. Not only that, but I robbed them of the opportunity to meet this important client. I screwed up, and the organization suffered because of it. To keep this from happening again, I have to pause. When people reach out to me, I can’t try to be the hero. That is NOT my job. My job is to develop my team and help create heroes. That’s what Captain Garrovik did for Kirk. But Kirk and I both held onto the ball…and dropped it. I now have the responsibility and desire to repair an important professional relationship.

For the most part, we see Kirk shine as a masterful manager and as a human in this episode by creating a culture of open communication, owning his mistake, and asking for help. Which part of managing do you find the most exciting? Intimidating? I’d love to hear your story about a time your supervisor stepped in and took an opportunity that should have been yours. You know, like Kirk…and I did. Tell me all about it! You can reach me on Twitter: @SFLApodcast and you can follow me on all the socials, @jefftakin And bring your stories and thoughts to the Starfleet Leadership Academy podcast group on Facebook. I can’t wait to see you! 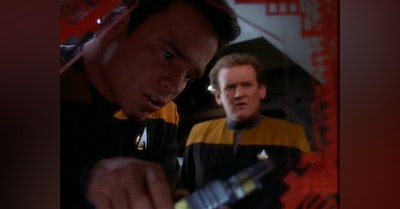 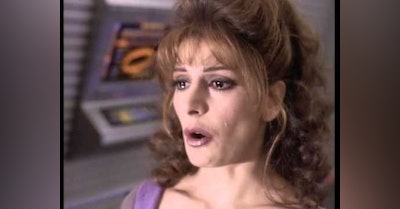